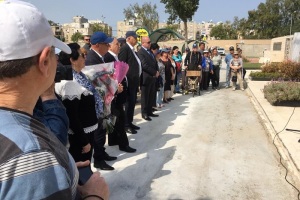 April 14th, 2018 – Many people gathered for a meeting to remember the six million Jews who were murdered in the Holocaust during WWII. The meeting in Ashdod, a city in the south of Israel with a large population of Holocaust survivors, was organized by the Zikaron Foundation […] 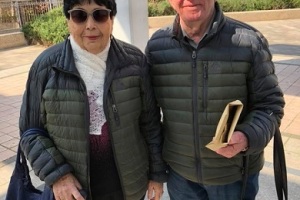 March 29th, 2018 – Thanks to GAiN Germany and their consistent support, hundreds of Victims of the Holocaust and Ghetto survivors nationwide have received financial aid in the form of grocery cards right on the eve of the great Passover holiday. These precious individuals value the support, attention […] 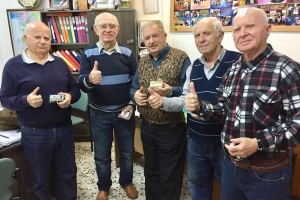 Bringing Relief to Those Who Need it Most

January 9th, 2018 – Ashdod Ghetto Survivor organization Zikaron Foundation (Amutat Zikaron), which counts around 500 Ghetto Survivors on their list, was blessed to receive a special donation of 100 gift cards for grocery shopping which will be distributed to their most sick and needy members throughout the […]